A zombie puts out more effort in half an hour than I did in that whole, long, incredibly awful weekend. My stomach was in knots the whole time, as I wondered if I was shooting myself in the foot. Insha’Allah, only the foot, and not the heart! I kept trying to reassure myself that I did the right thing, shutting off the computer for the weekend. I needed time to think.

Mr. Answer To My Prayers really did seem like the right name for this fascinating Egyptian man. The more I read, and re-read, his three emails so far, and compared it with the ad he made for finding a wife, the more I liked him. The more excited I got at the prospect of marrying a man living in Egypt! Of course I had no way to be sure, but he sounded genuine to me. I felt it was possible he was telling the truth. I also felt it was very possible I would throw up! Thank God, it rained like a hurricane all weekend, and the kids kept quiet in front of their TV upstairs. A big delivery from Pizza Hut kept them happy, while I stayed in my bed, tossing and turning.

On the one hand, I was encouraging a man to pursue me for marriage, knowing full well he was completely unacceptable to my entire family. I wasn’t asking anyone’s opinion, but I wasn’t ignorant. 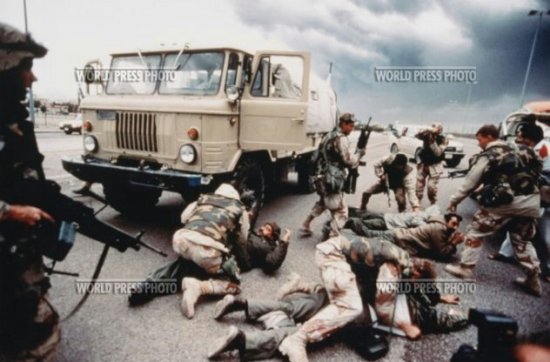 The First Gulf War had carefully molded, and blatantly encouraged, the negative opinions of anyone with a TV. The entire United States would disagree at that moment to one of her daughters marrying a Middle Eastern man. The whole country could agree to fight in the battlefields of Iraq, and die for ‘American Freedoms,’ but I was really pushing my luck just exercising my right to religious freedom. Becoming a Muslim at that moment in U.S. history was challenging, to say the least. Becoming a Muslim, marrying a Muslim, and moving to Egypt? There might not be enough points on the Richter Magnitude Scale for that earthquake!

On the other hand, I was just as ignorant as the rest of my family about becoming a Muslim, marrying a Muslim, and what life is like in Egypt. Mohamed had lived in Canada, and knew what he would be getting if he marries a western woman. Maybe he was telling the truth, and I was the one who was lying! I thought I knew what I wanted, but I honestly didn’t know too much. I kept asking myself what if I’m wrong, and I’m making a gigantic mistake? At what point would I know it? This was an insane situation!

Finally, the last possible moment of action arrived. At ten p.m. on Sunday evening, the lid exploded off the pot and I threw up, barely making it to the bathroom in time. Sometimes throwing up just makes things worse. Other times, you clear the system and immediately feel much better. This was one of those times. Which one? I couldn’t tell! I felt dizzy, and excited, and scared. But it was after ten p.m. on Sunday evening. My self imposed jail term had ended and I practically ran to the computer. Now, finally, I felt better – much better! I knew exactly what to write, having already composed and recomposed a thousand different emails in my head. A thousand different questions had posed for my approval as I was tossing and turning, and now I gave it my best, asking the ones I felt were the most important. I hit ‘send’ and returned to my bed.

All day Monday as I tried to stay focused on my work, my brain kept slipping into replay mode. Daydreaming was never so fraught with anxiety as it had now become. Did I ask the right questions? How will he respond? Little did I know, the tide of my anxiety was only just beginning to rise. There was a crescent moon shining in my eyes, and many more nights to come before the full moon and high tide would coincide.

Anxious and excited, I was flying with a hopeful heart and zooming in the direction of Mars. Soon the workday was over. The children were fed and now asleep in bed. Alhamdulillah, it was nighttime again, and I sat down once more in the pilot seat of my dreams. My Copilot quietly slipped into the seat beside me. I felt my engines fire up with a roar, and my whole body pulsed with an electric thrill. It was an exquisitely happy feeling!

Ohhhh Dear, I think I was right… at this speed I am definitely going to burn up! He already offered me the dynamite and lit the match! My copilot was obviously on a completely different schedule than I. Hahaha, I marveled out loud, “You go, Guy!” But it would never work like this with me, I spent my whole weekend playing the ‘what if’ game, and I was ready for this scenario. I just hadn’t expected it to… er… pop up so quickly!

On the one hand, I loved all of his wonderful answers to my questions, except one. He clearly put a lot of thought and time into his reply, carefully answering everything in detail. His words seemed to ring true, as well, leaving me more satisfied with my present course of action than I was feeling during the weekend.

On the other hand, that very last question he answered gave me my next course of action. I shut down the computer and laughed all the way to my bed, giggling like a teenager! Much more at ease, now, I slept happily and never tossed or turned even once all night long. I left my copilot holding his lit match and I turned my back on him again for another two days.