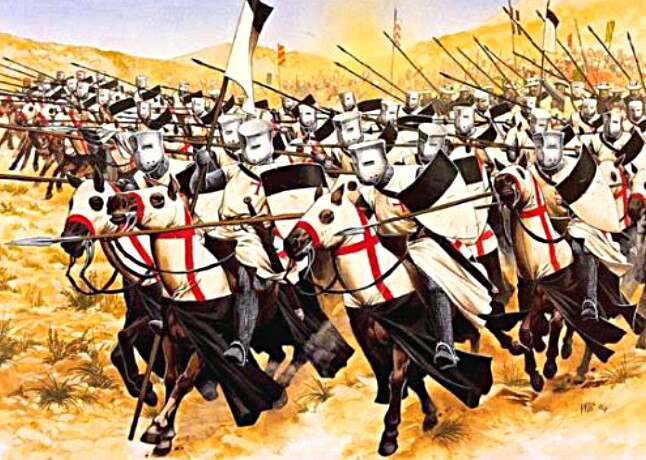 Excerpt from Chapter XVI: “…When the fall of Jerusalem became known in Europe, a universal cry of dismay was heard in every court and camp and village… …To recover what was lost became the passionate desire of each pious knight, the ambition of every adventurer.

“The Pope issued a trumpet-call for a new Crusade, which should wash out every sin. Richard of England, then Count of Poitou, was the first to take up the Cross. The Kings of England and France made up their quarrel and received the sacred badge from the Archbishop of Tyre. Baldwin of Canterbury preached the Crusade, in which he was later to die before Acre, and a “Saladin Tax,” a tithe of every man’s wealth, was collected throughout the length and breadth of the land. …” 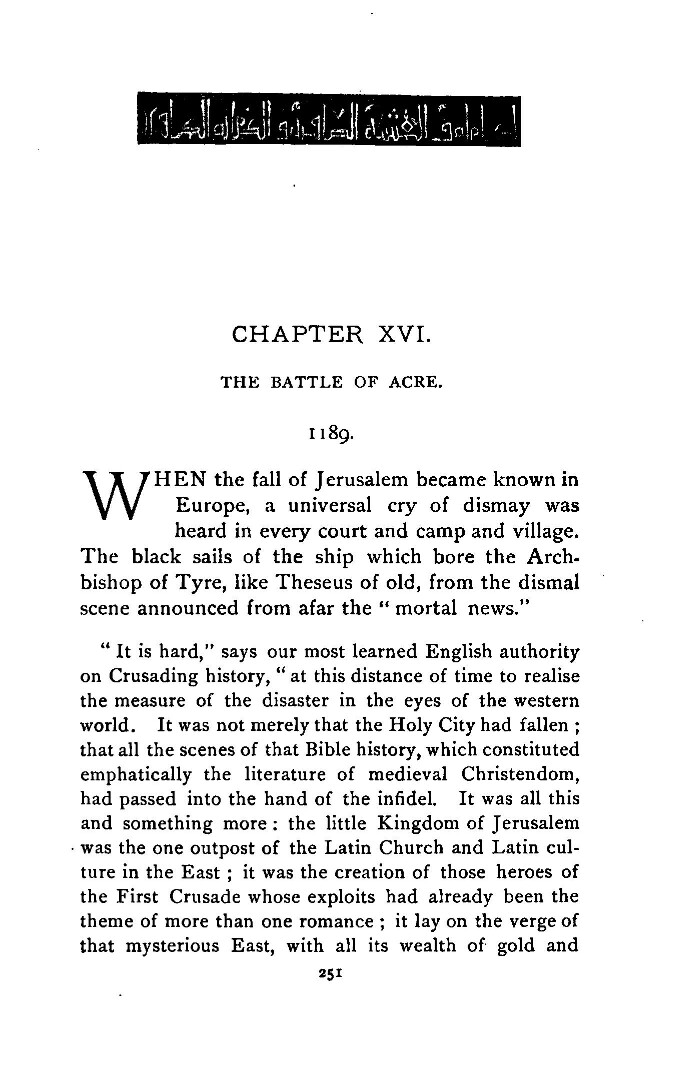