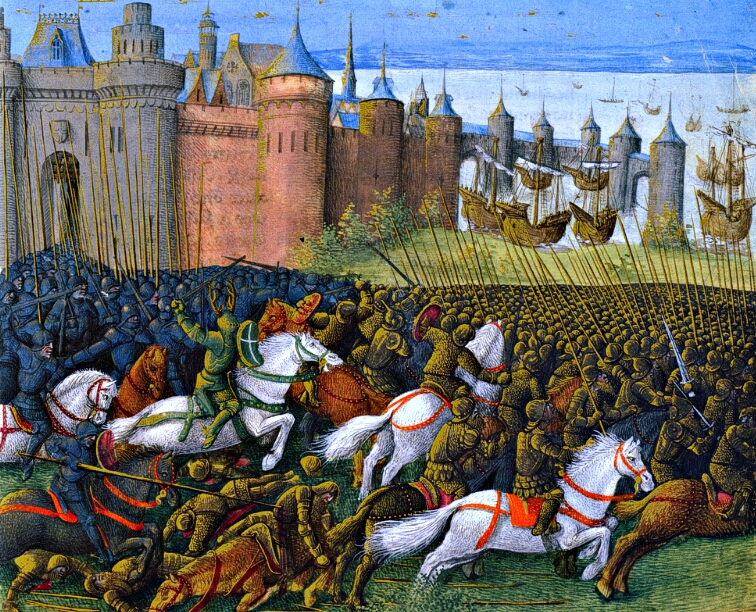 Excerpt from Chapter XV: “… Tyre was the only important place in all Palestine that Saladin had not conquered; and to Tyre he dispatched his jubilant army on 1 November, 1187. Twelve days later he arrived to take command. He found the city full of the garrisons [guards] which he had allowed to capitulate at other places. Conrad of Montferrat had worked night and day, strengthening the works, encouraging the defenders, and “directing them with superior ability.” He had deepened and extended the moats until Tyre became “like a hand spread upon the sea, attached only by the wrist,” an island attached by so narrow a spit that it could be easily defended by a small force, as well as covered by the cross-bows of the shielded barges, or “barbotes”.

Saladin was supported by his brother, sons, and nephew, with their contingents from Egypt, Aleppo, and Hamah; but he was able to bring his greatly superior strength to bear upon the enemy. He had indeed seventeen engines playing upon the walls day and night, but only a small number of men could advance at a time upon the spit of land, and these had not only to meet the frequent sallies of the Franks in the front, led by the valiant Knight in Green, but to protect themselves from the flank attacks of the barbotes drawn up on either side. …” 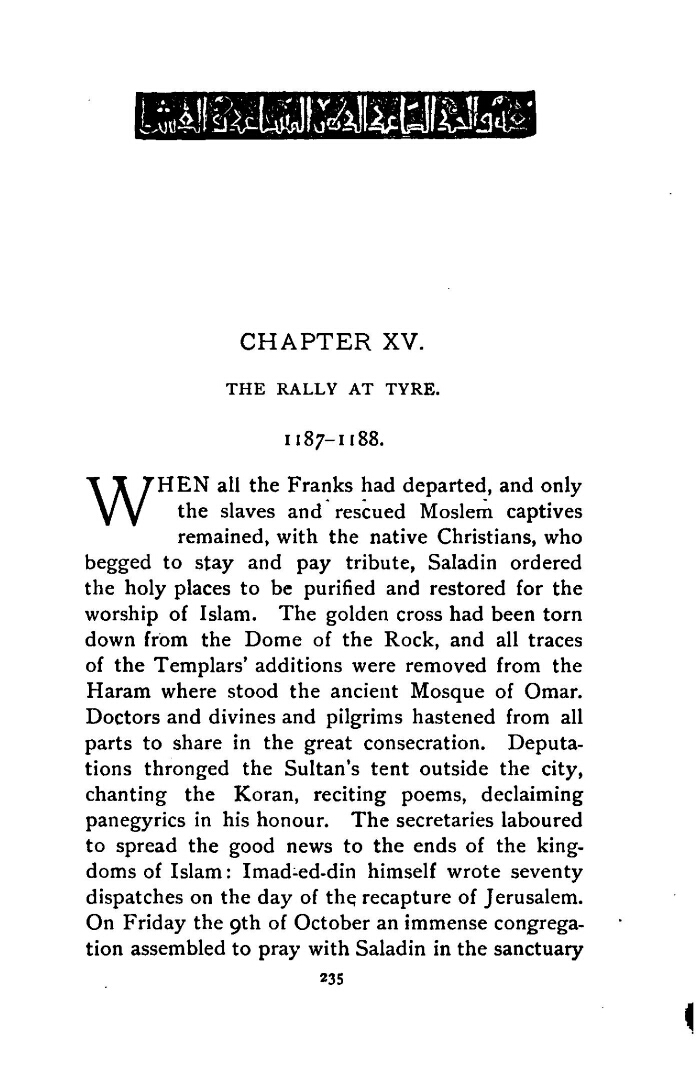