It was a chilly, drab day in the oasis when this pretty little lady popped in to say “Salam!”

There is a small window in my kitchen that faces the back sundeck and lightens my kitchen chores with bright, happy sunshine. But on this particular day, as I searched out this window for any sign of hope, I sighed at the drab, cloudy and lightly misty skies. Not particularly enthused to return to my dishes, I lingered a little longer at the window. The drab sky, and the drab concrete wall of the room over the garage seemed all of one boring, dripping color.

Then she moved, just slightly, lightly flicking a brown facial feather as though a raindrop rolled down into one of those huge round yellow eyes and she twitched to clear her view. I didn’t even know I was staring at her until that tiny movement. My eyes shifted focus from the drab sky to those amazing eyes. I found her gaze firmly focused… on me! Oh, Delight! My heart leapt with joy, I was so excited to see an owl! In daylight! Alright, half daylight, at best, but still… an owl! Hurray!!

.
.
.
I slipped away quickly, running to grab my camera. She was amazingly patient, peacefully perched on the top of the wall only about five meters away from the window. I returned with my camera, and ever so slowly, quietly turned the crank on the screened window pane. When it was open just enough for a clear view, I snapped the first photo. She stood up, and I thought she would fly, but instead she gave me a much nicer pose, showing off her shapely white legs to me! Naturally, I couldn’t refuse the obvious invitation, so I snapped that picture, too! Satisfied that she burned her image into the hearts of countless viewers, the little owl saluted me with one wing and off she flew into the drab, cloudy day. 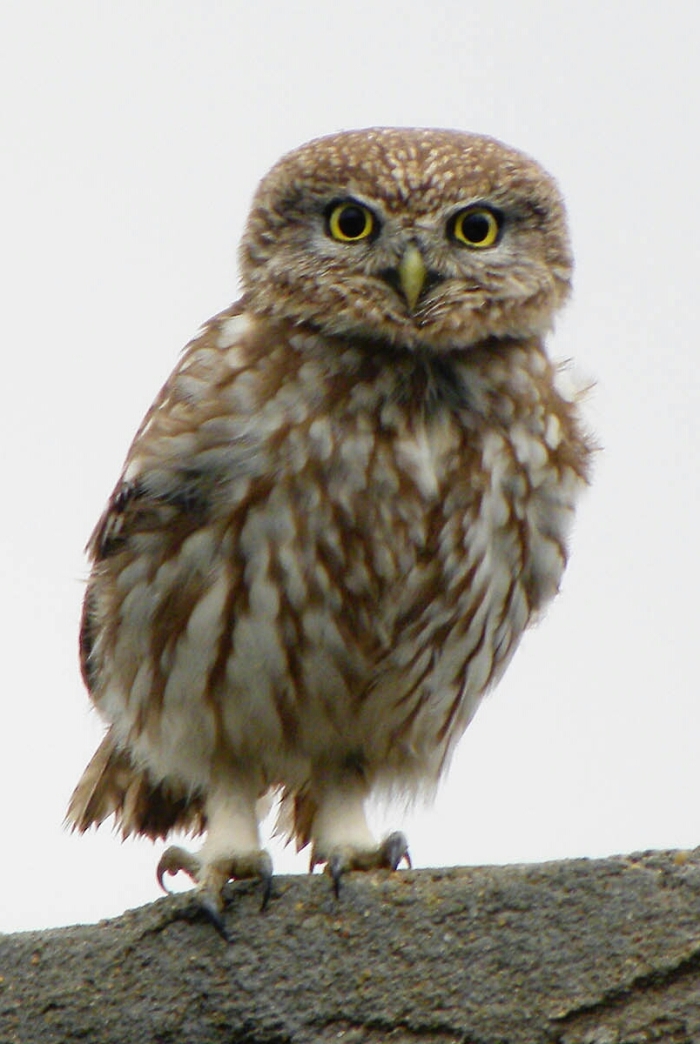 When I was a teenager, I was such a nerd. My first girl-crush was the Greek goddess, Athena. I wasn’t very impressed with owls, though – maybe I was just jealous. She made such a fuss all the time over her stupid little owl, and never noticed my existance! Then when I was a bit older, the movie, “Clash of the Titans” came out, and that geeky little metal owl was so adorable, I must have watched that movie 19 times! (Ok, ok, it might not have been only because of the owl…!)

Ancient Greece was not the only beautiful land that loved this darling little owl. In the earliest system of writing, the hieroglyphics of the Ancient Egyptians, Um Uway’e proves that she is, indeed, the Mother of the Owl. The symbol of the owl, as seen in the image below, signifies the consonantal sound of “M,” as in “mom,” or more appropriately, “mummy.” Click on the caption to learn more about the Ancient Egyptian Hieroglyphic sytem. 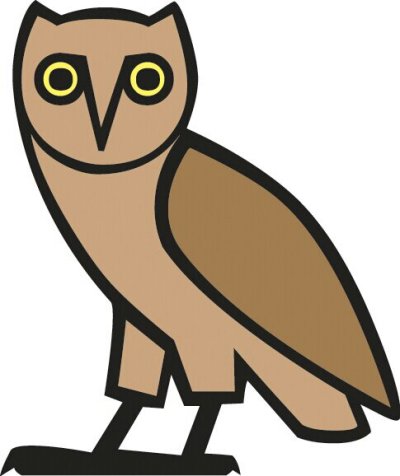 In these more modern times, Egyptians view the owl as a bad omen. Unlike in the West, where owls are typically seen as symbols of wisdom, they are not appreciated here in Egypt. This is because owls are often found occupying abandoned homes or other buildings that have suffered from some disaster. Personally, I no longer subscribe to any mythologies or superstitions, and am simply fascinated by all the interesting creatures who stop by once in a while to say, “Salam!”

For more information about Mrs. Um Uway’e, we turn once again to Wikipedia:

The Little Owl (Athene noctua) is a bird that inhabits much of the temperate and warmer parts ofEurope, Asia east to Korea, and north Africa. It is not native to Great Britain and was first introduced in 1842,[2] by Thomas Powys and is now naturalised there. It was also successfully introduced to the South Island of New Zealand in the early 20th century.

This species is among the larger grouping of owls that is known as typical owls, Strigidae, which contains most species of owl. The other grouping is the Tytonidaes, Tytonidae.

The adult Little Owl of the most widespread form, the nominate A. n. noctua, is white-speckled brown above, and brown-streaked white below. It has a large head, long legs, and yellow eyes, and its white “eyebrows” give it a stern expression. This species has a bounding flight like awoodpecker. Juveniles are duller, and lack the adult’s white crown spots. The call is a querulouskee-ik.

There is a pale grey-brown Middle Eastern type known as Syrian Little Owl A. n. lilith. Other forms include another pale race, the north African A. n. desertae, and three intermediate subspecies, A. n. indigena of southeast Europe and Asia Minor, A. n. glaux in north Africa and southwest Asia, and A. n. bactriana of central Asia. A recent paper in the ornithological journal Dutch Birding (vol. 31: 35-37, 2009) has advocated splitting the southeastern races as a separate species Lilith’s Owl Athene glaux (with subspecies A. g. glaux, A. g. indigena, and A. g. lilith).

There are 13 recognized races of Little owl spread across Europe and Asia. The Little Owl was sacred to the goddess Athena, from whom it gets the generic name. This is one of the most widely-distributed owls and, due to its adaptability to human settlements and small size, probably ranks among the world’s most numerous owl species.

The Little Owl has an average life expectancy of three years.

This is a sedentary species which is found in open country such as mixed farmland and parkland. It takes prey such as insects, earthworms, amphibians, but also small birds and mammals. It can attack birds of considerable size like game birds. It is partly diurnal and often perches boldly and prominently during the day.

It becomes more vocal in nights as the breeding season approaches. Nest location varies based on the habitat, nests being found in holes in trees, rocks, cliffs, river banks, walls, buildings etc.[4] It lays 3-5 eggs which are incubated by the female for 28–29 days, with a further 26 days to fledging. Little Owls will also nest in buildings, both abandoned and those fitted with custom owl nest boxes. If living in an area with a large amount of human activity, Little Owls may grow used to man and will remain on their perch, often in full view, while humans are around.