Excerpt from Chapter VI: “…The arrival of Nur-ed-din upon the scene of Syrian politics, especially after his conquest of Damascus, introduced a highly disturbing influence. The King of Syria and the King of Jerusalem were now rival powers: neither could allow the other to increase his strength by the annexation of Egypt, and thus to acquire a vantage-ground from the south. Each coveted the delta of the Nile, and each watched his rival with jealous vigilance. The Egyptian vezirs, the real governors of the country, fully alive to the possibilities of the situation, set themselves to coquet with both parties, and to play off one against the other. In the end they carried the game too far, and gave Saladin an opportunity which he did not neglect.” 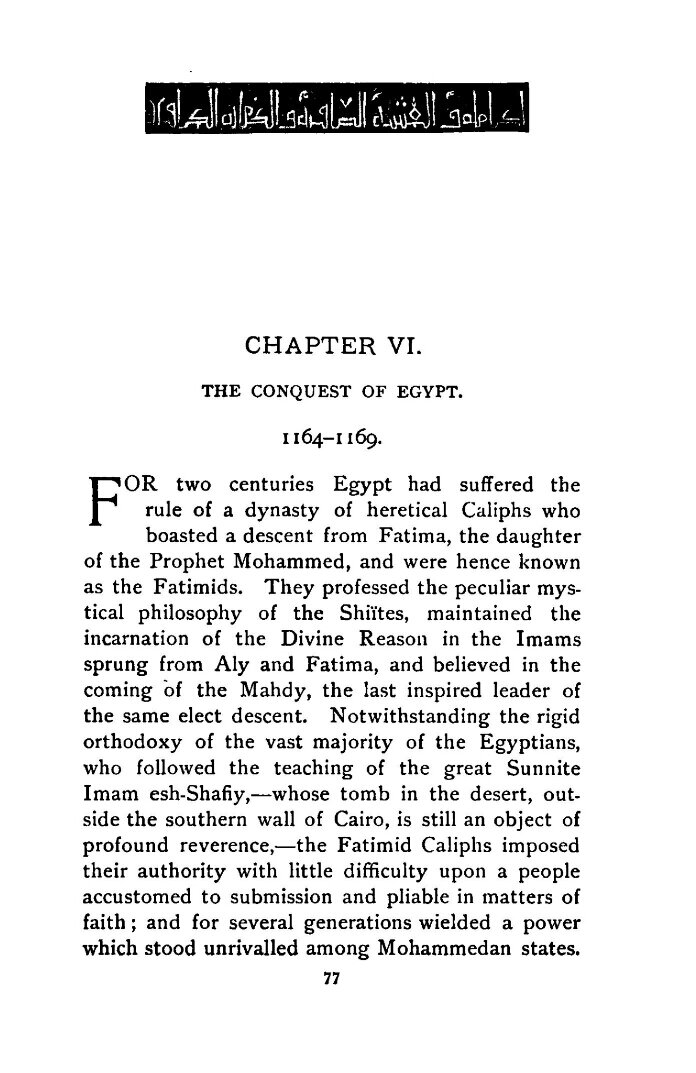 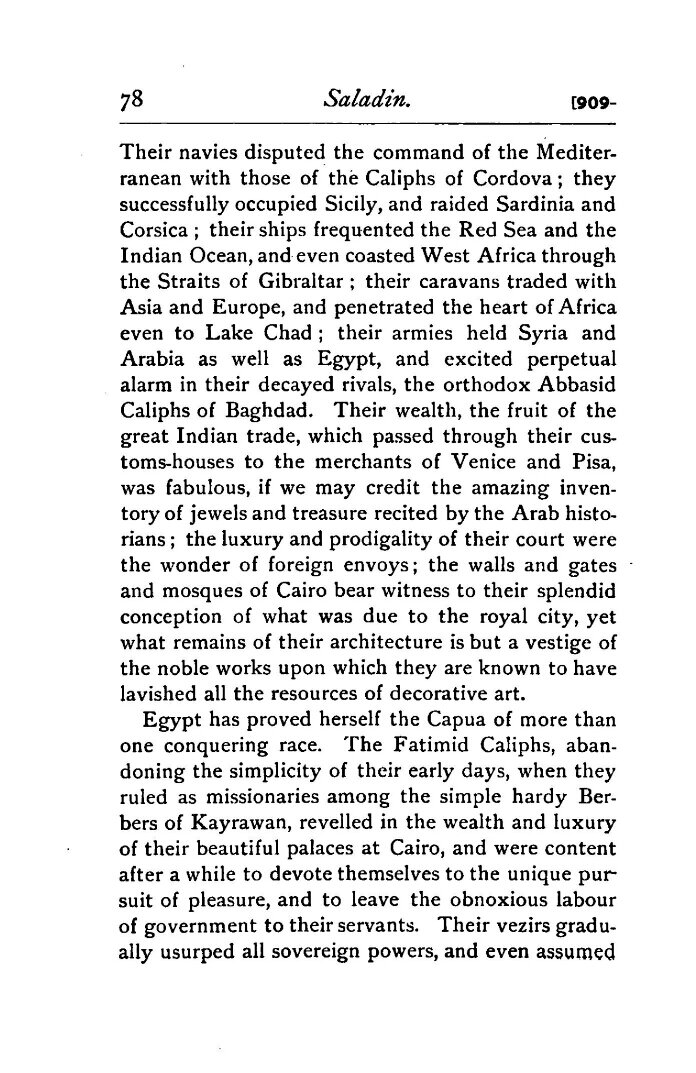 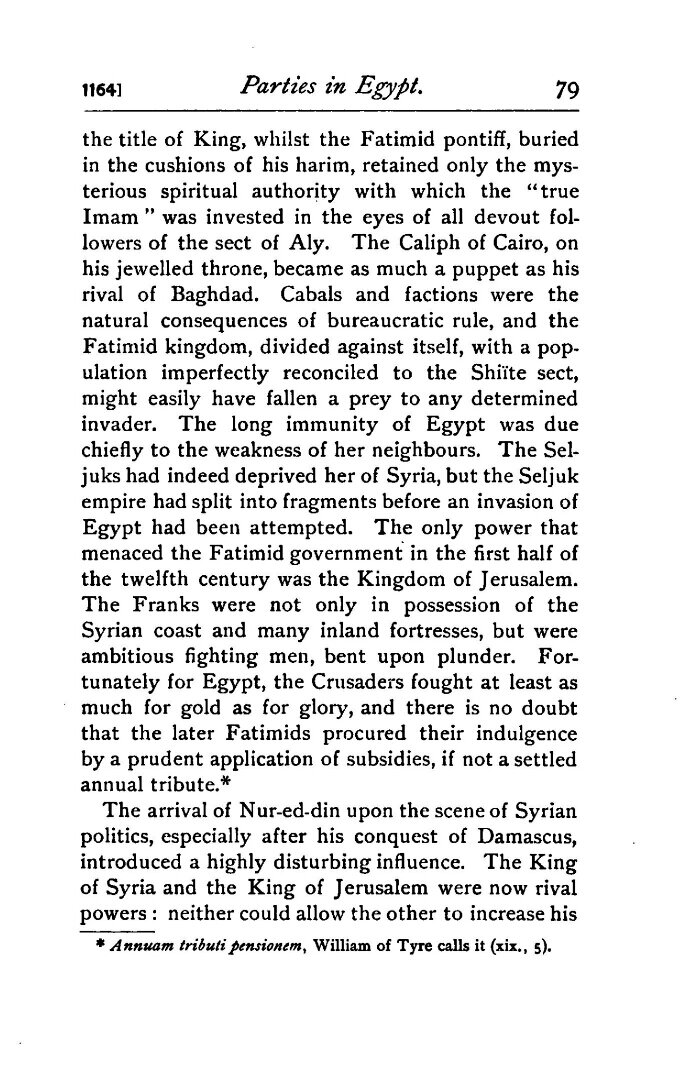 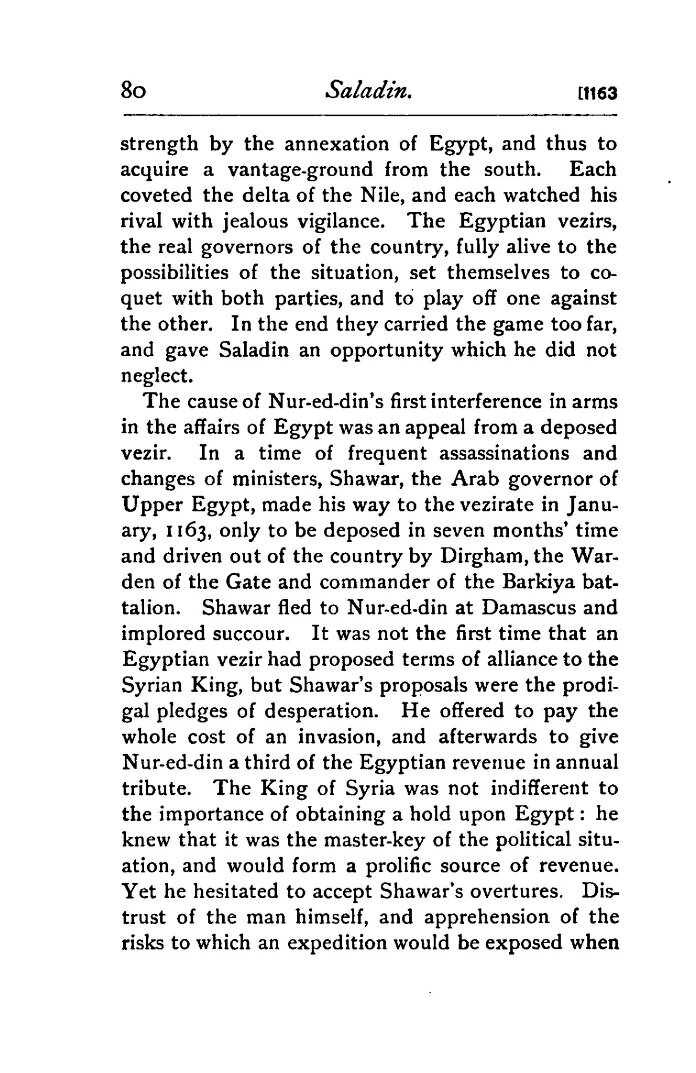 Illustration – Crusaders and Egyptians before Ascalon: 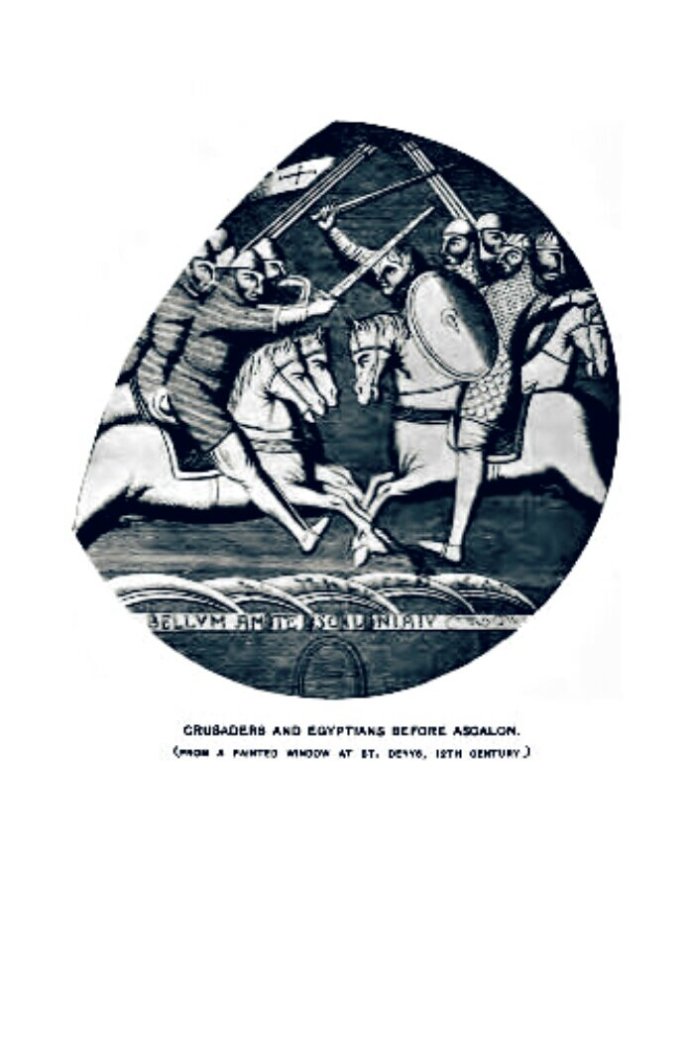 Crusaders and Egyptians before Ascalon - from a painted window at St. Denys, 12th century 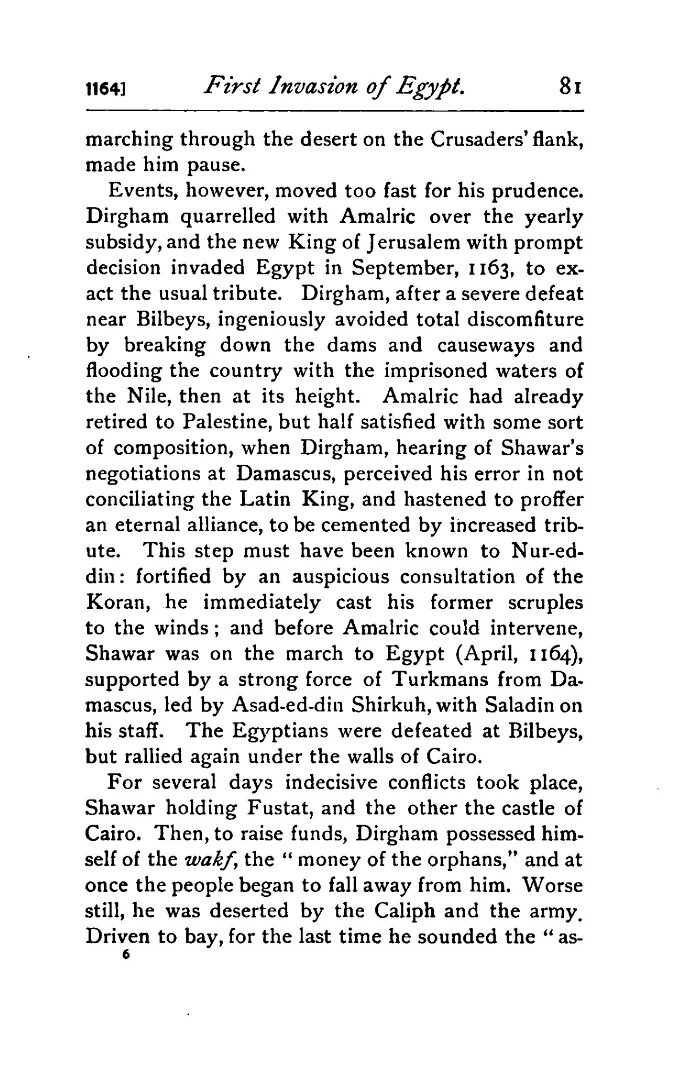 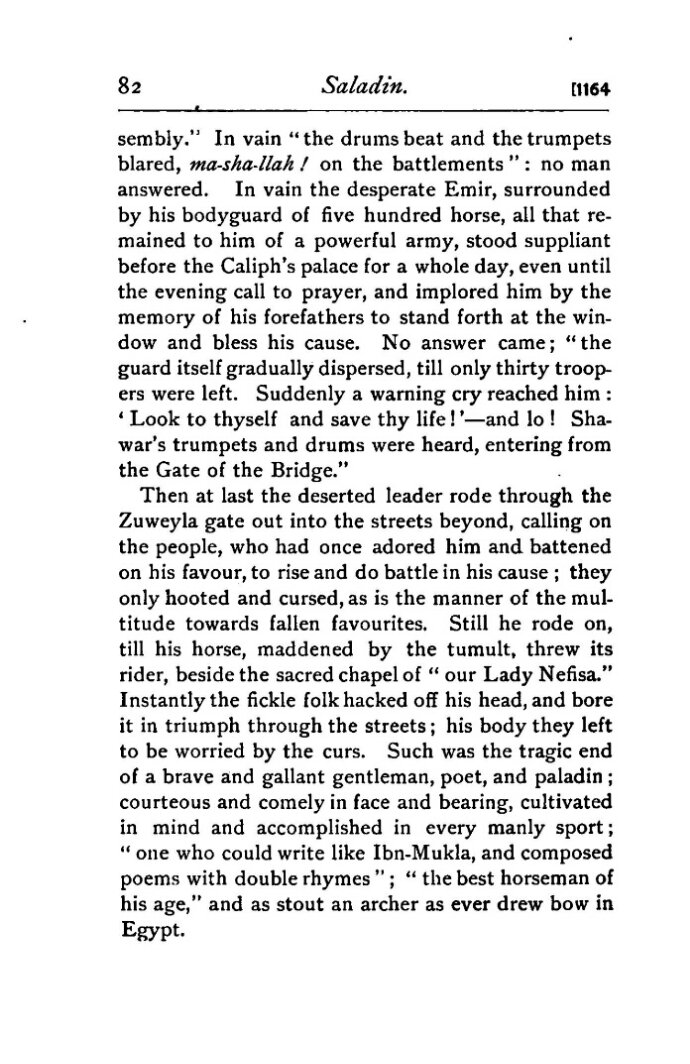 Illustration – Niche From The Chapel Of Sitta Nefisa: 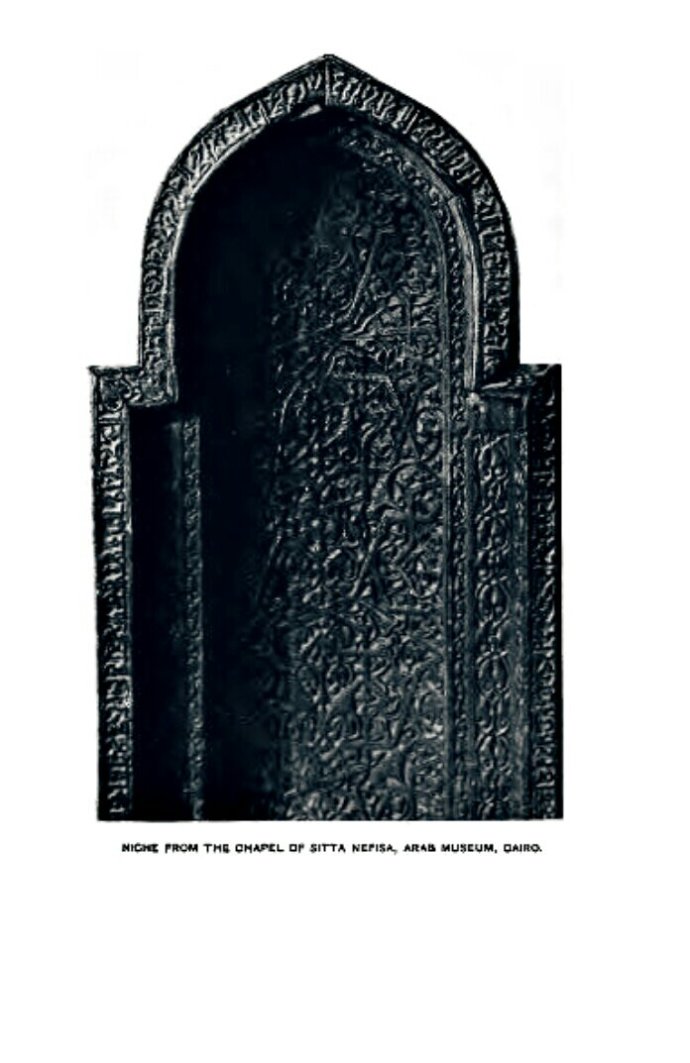 Niche From The Chapel Of Sitta Nefisa, Arab Museum, Cairo 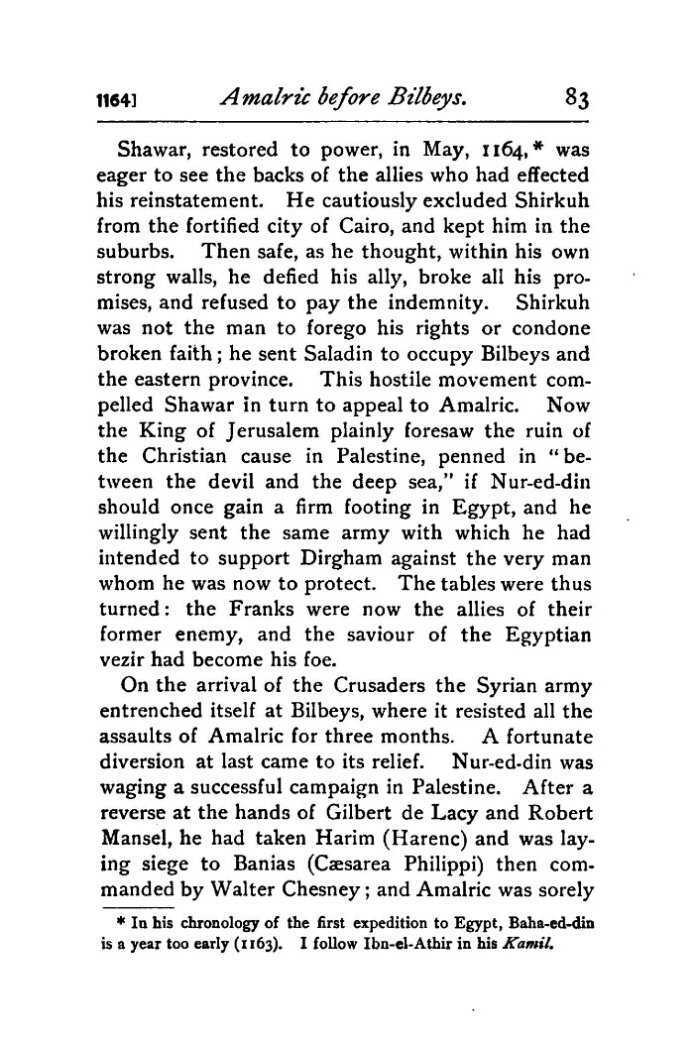 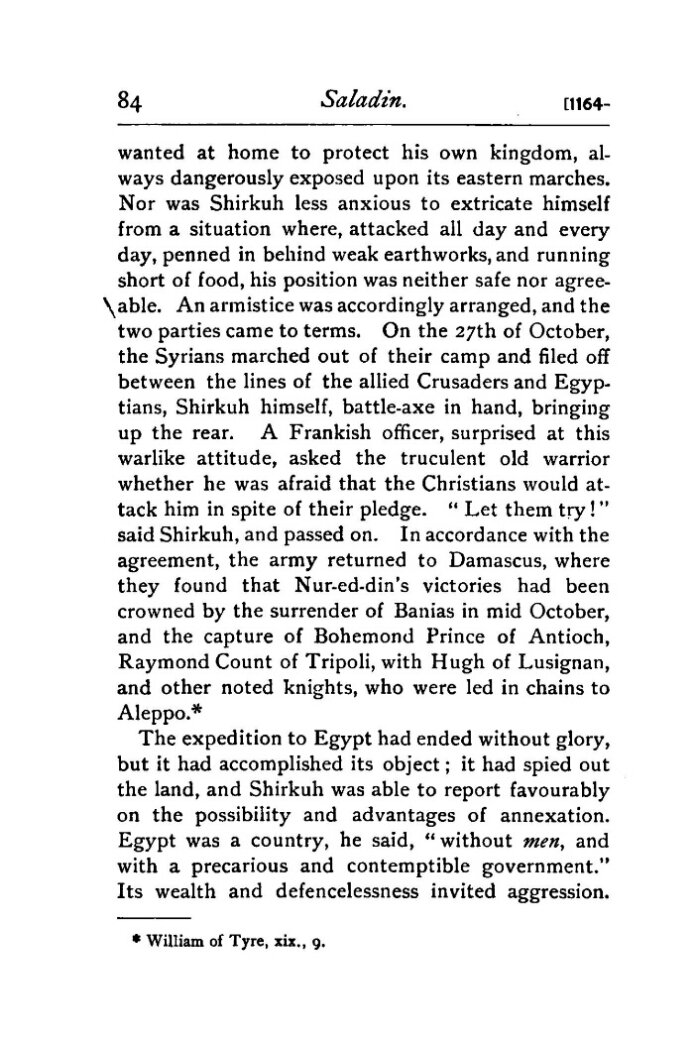 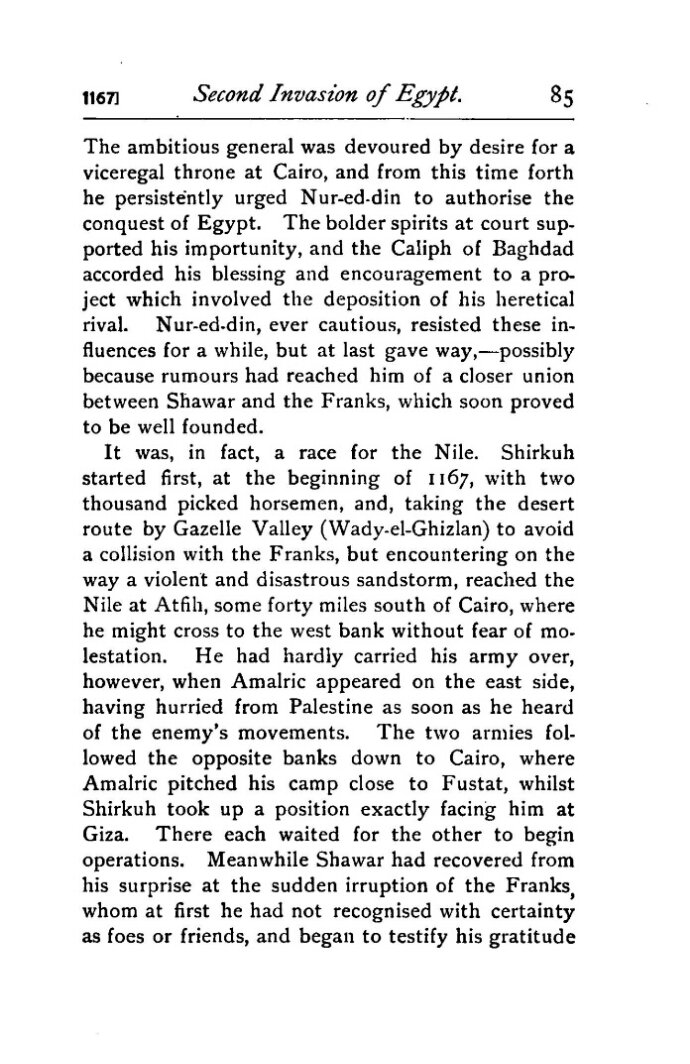 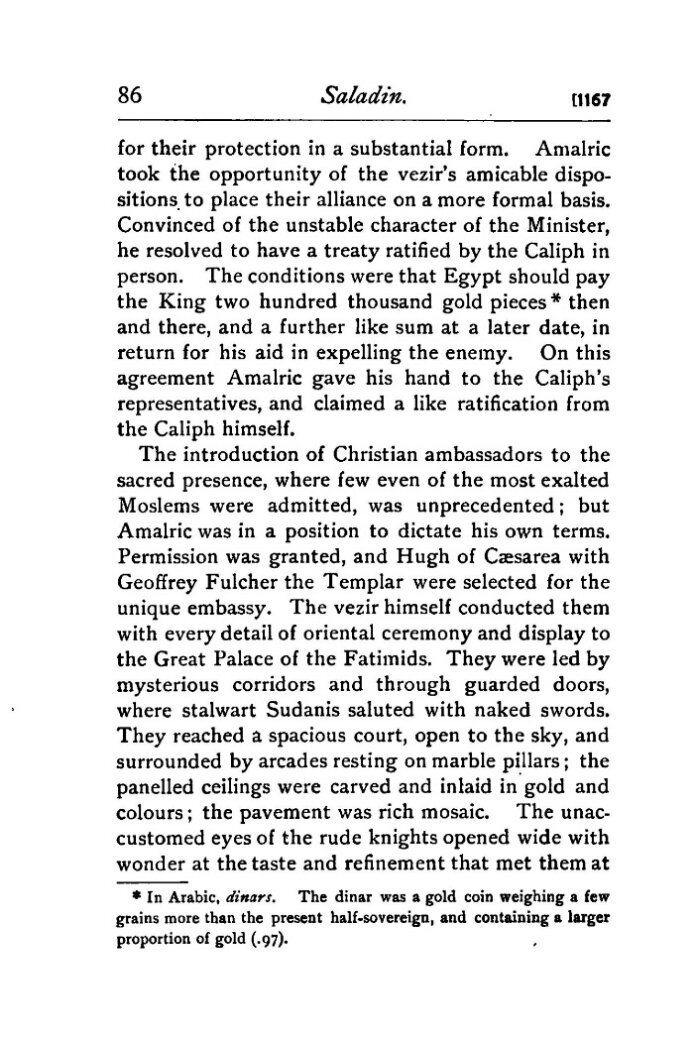 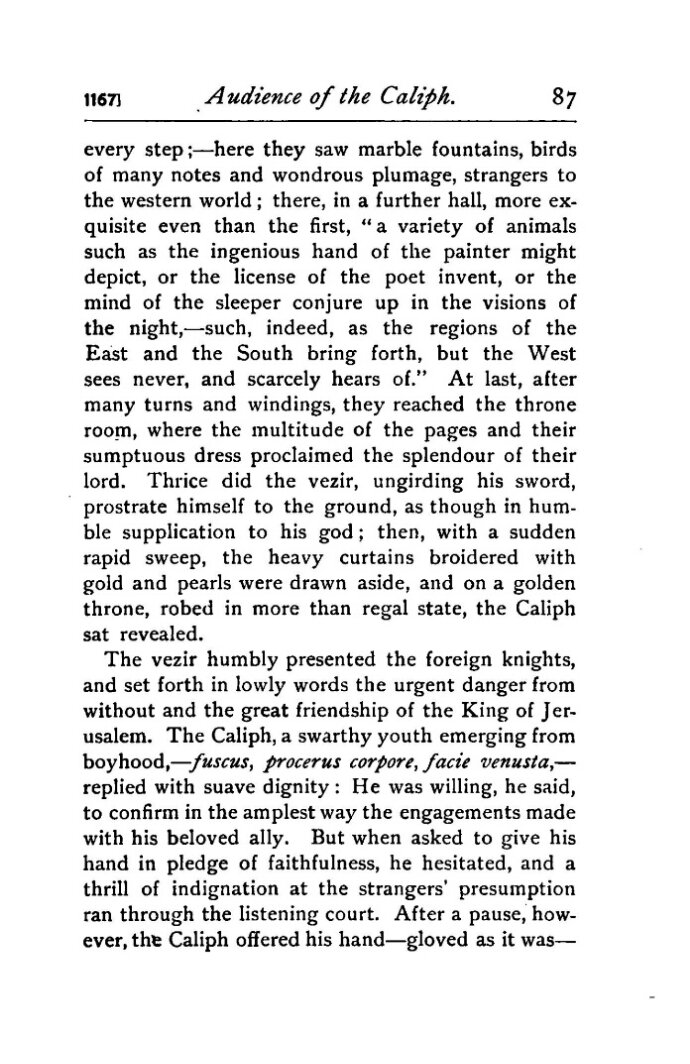 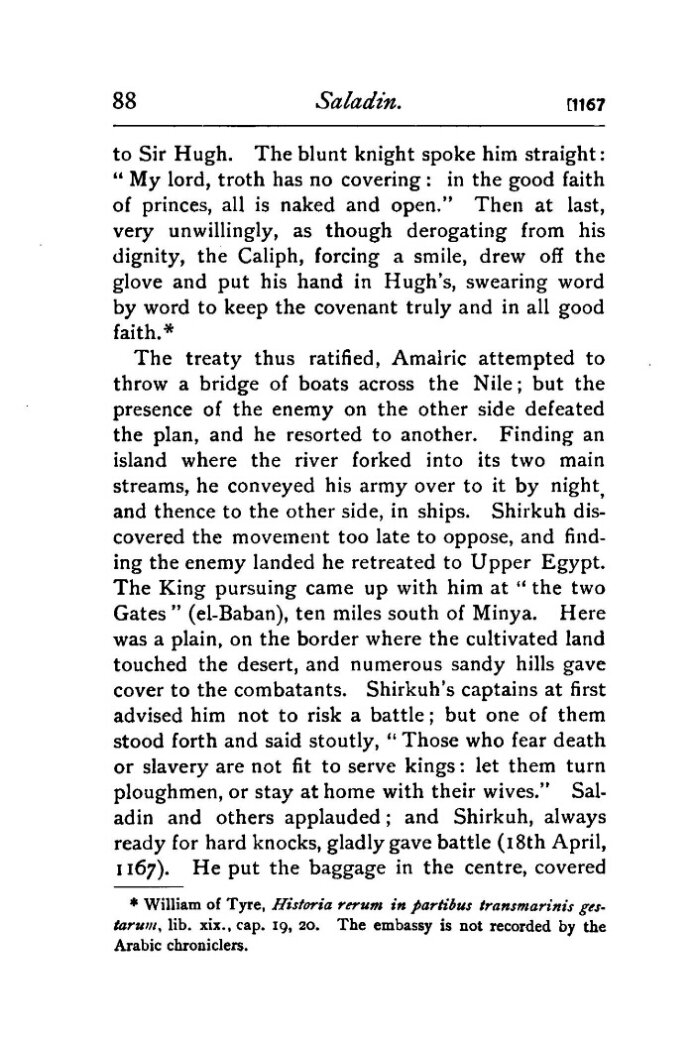 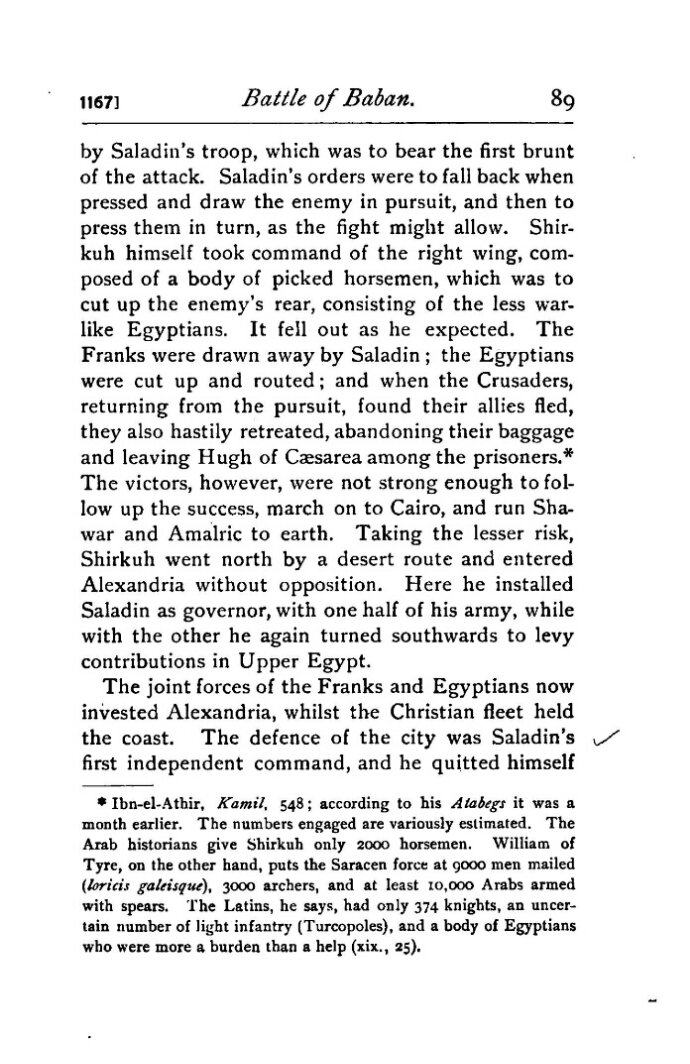 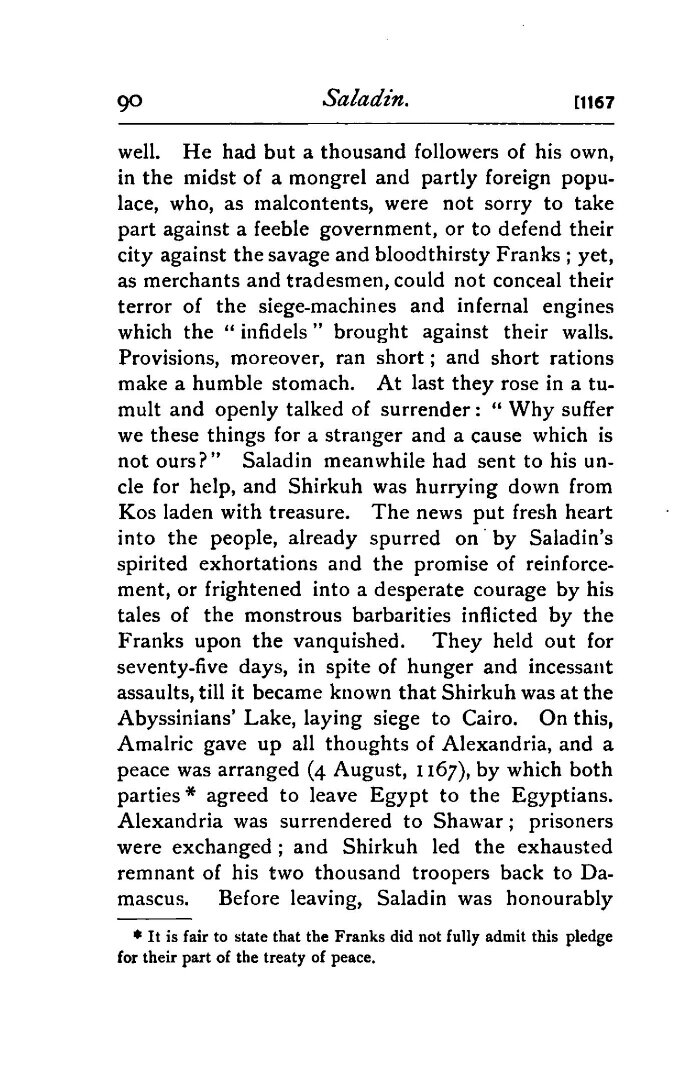 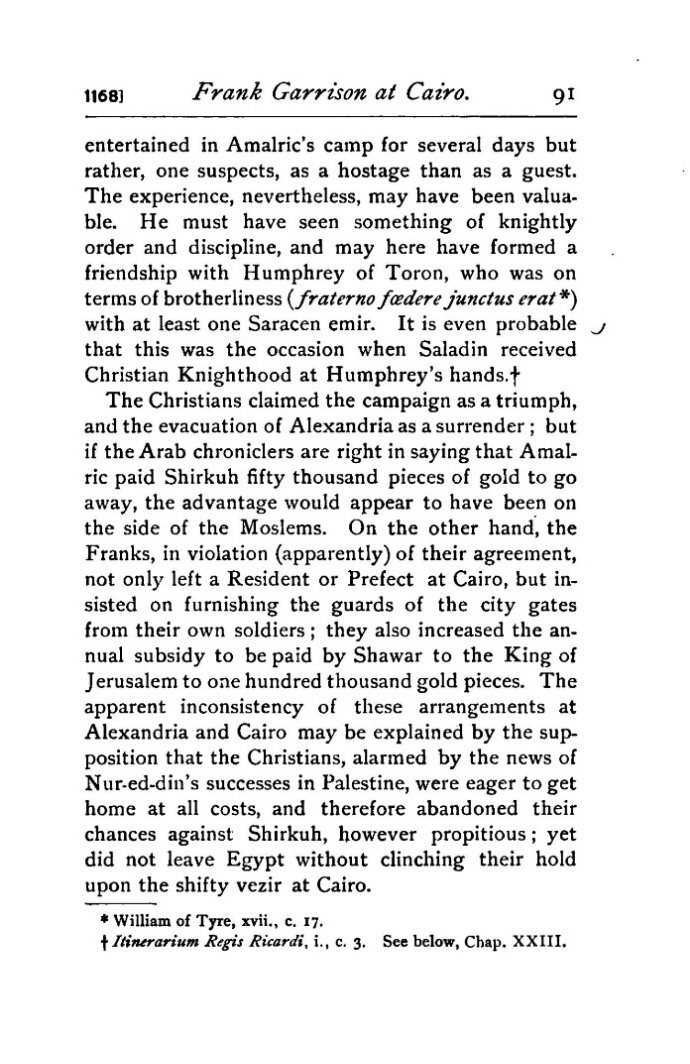 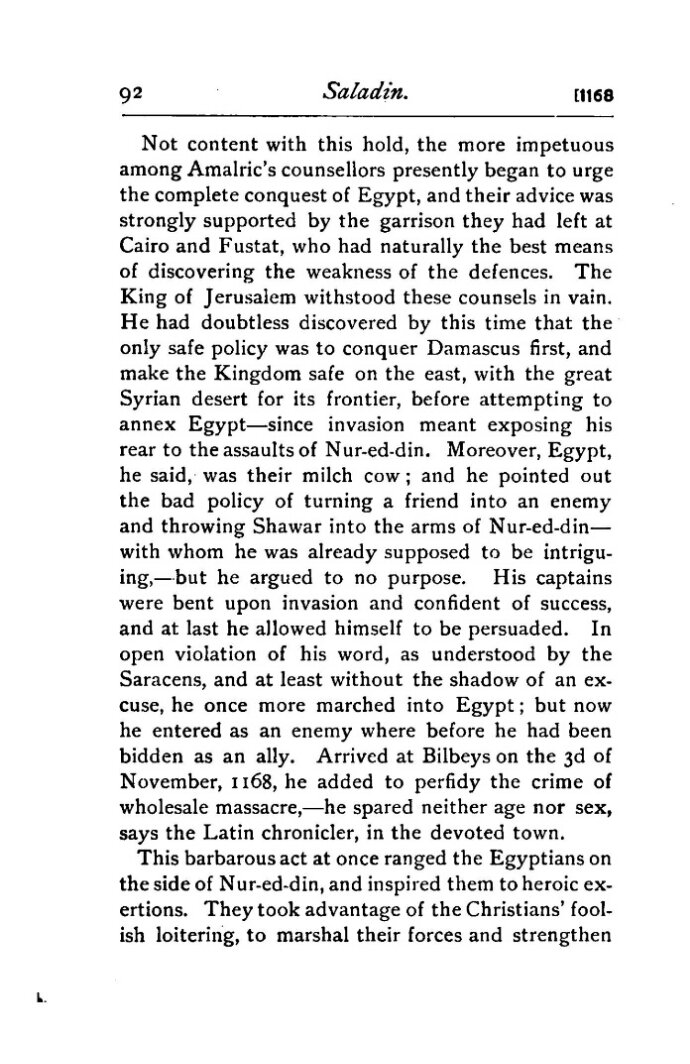 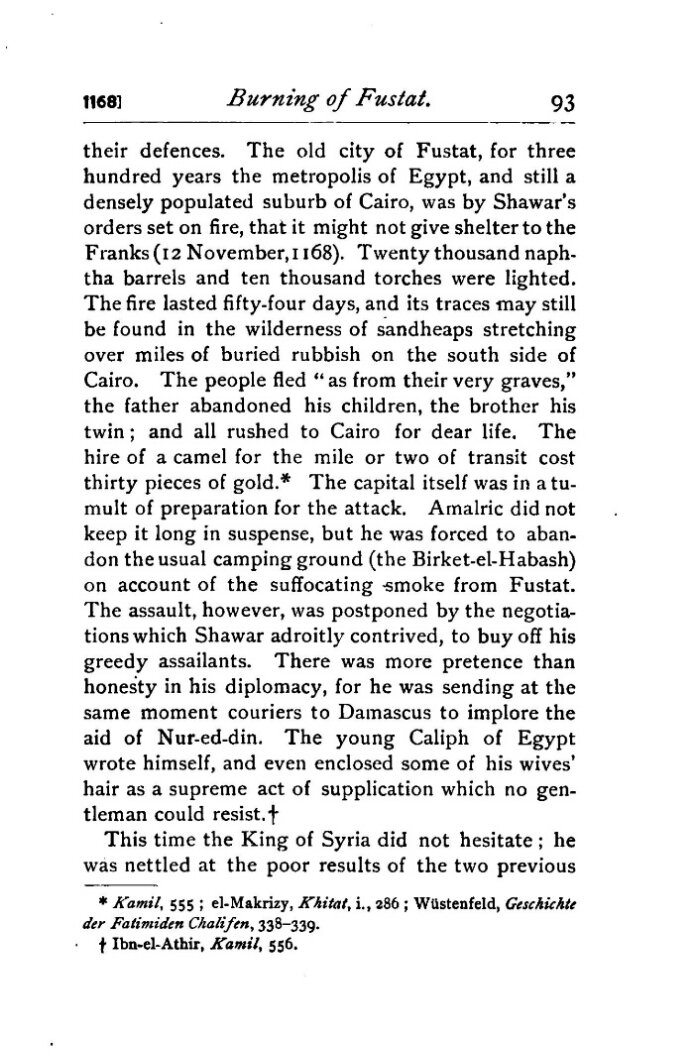 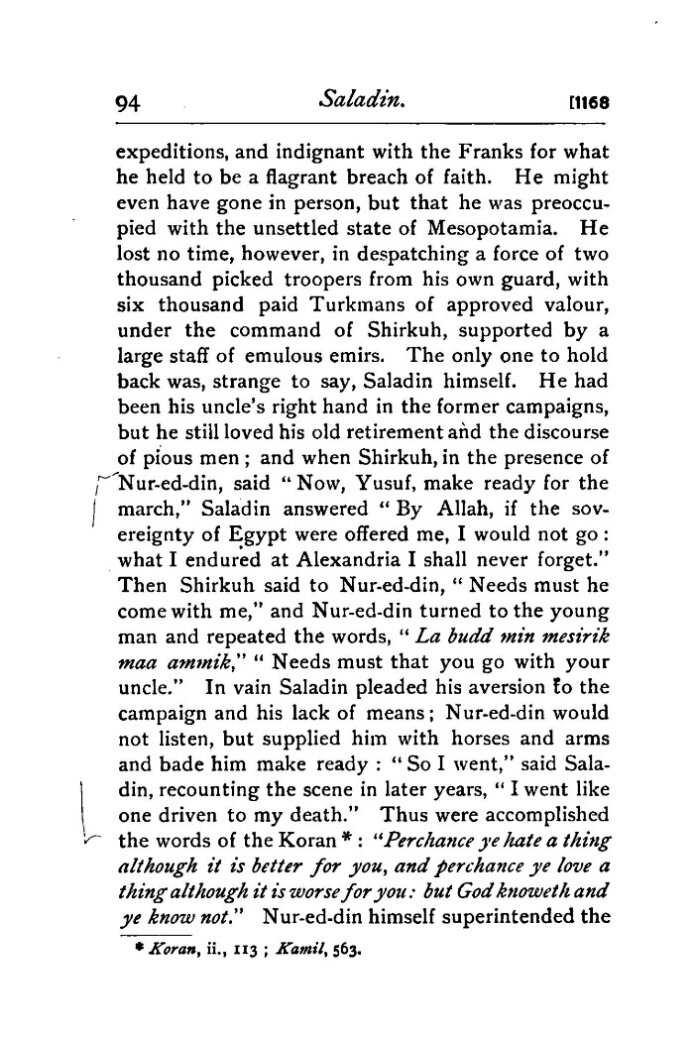 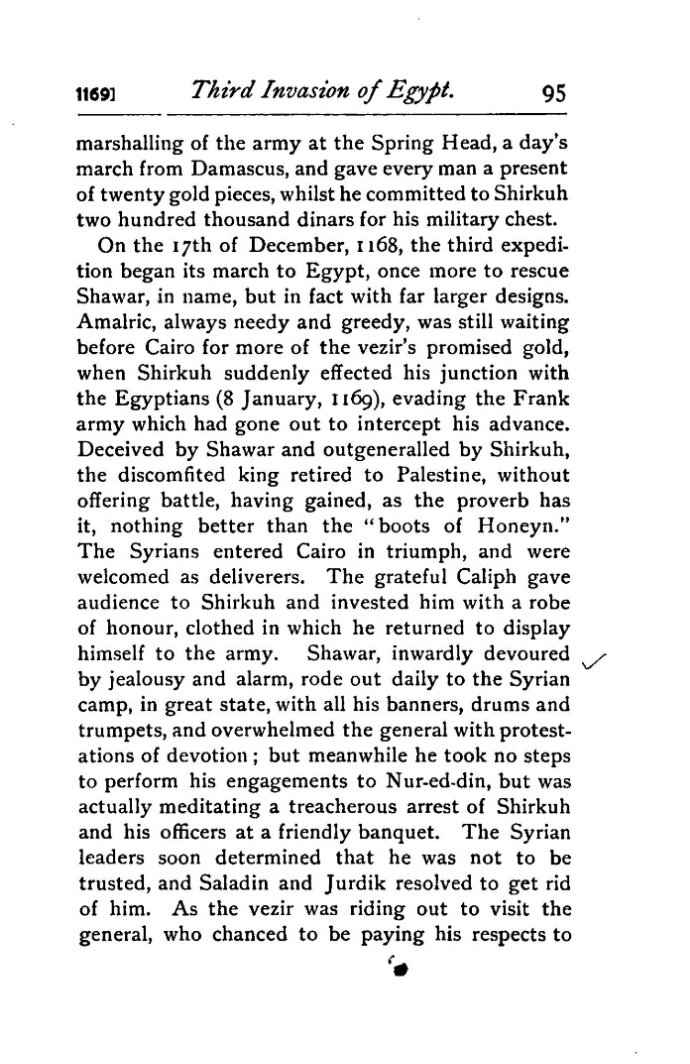 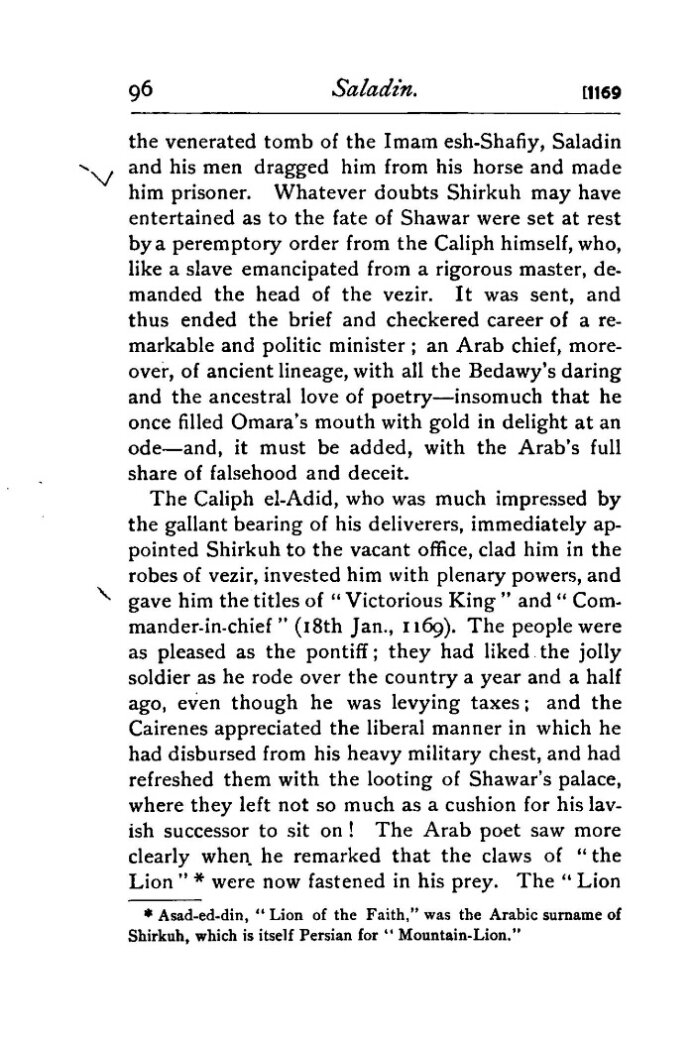 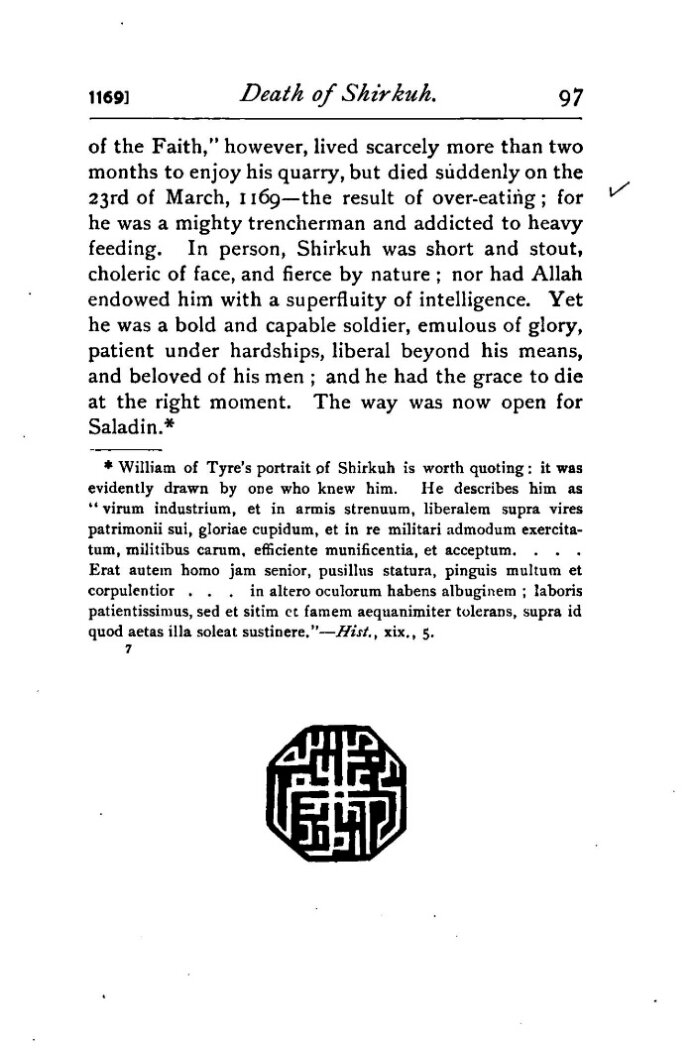 Return to Top Or Continue Reading the Next Chapter